Many of you have heard of the BizTalk MsgBoxViewer tool that has been around for some time. It has been created by Jean-Pierre Auconie. The tool runs a set of tests and queries against the MessageBox database of your BizTalk Server. The results are displayed in the tool and can also be exported as HTML reports including links. 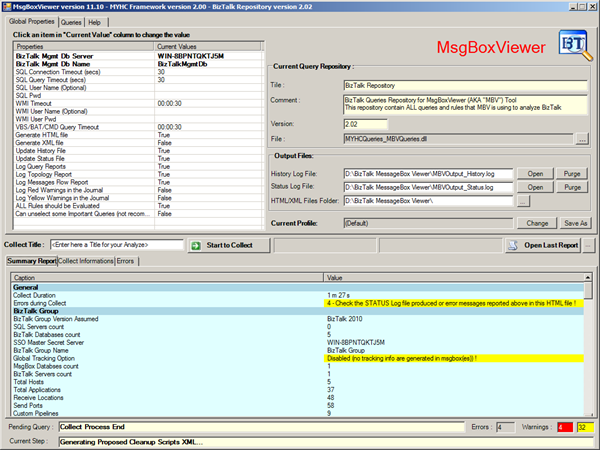 I wondered how this integration works with BizTalk360.After installing BizTalk360 V2.5 I looked for the feature. I clicked Settings –> Configure MBV Integration. 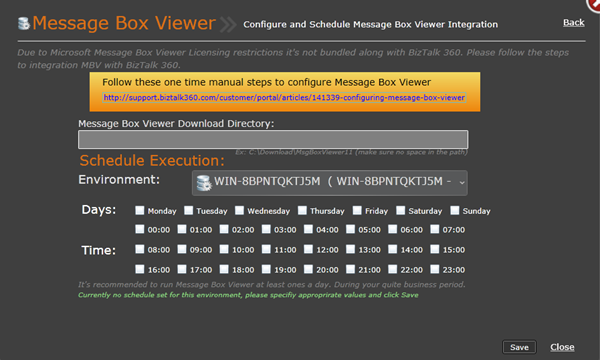 You will see that you need to install the MessageBox Viewer first as licensing restrictions prohibit bundling with BizTalk360. On BizTalk360 the steps are explain for configuring MessageBoxViewer. If you do not follow these steps you will see error like below:

and nothing will appear in BizTalk360 Message Box Viewer – Reports!

If you do have accept the EULA, but still see no reports than check if key below exists.

In my x64 environment it set the following key after accepting EULA of MBVConsole (and not the above):

After configuration you set schedule (day(s) and time(s)) and the click Save. 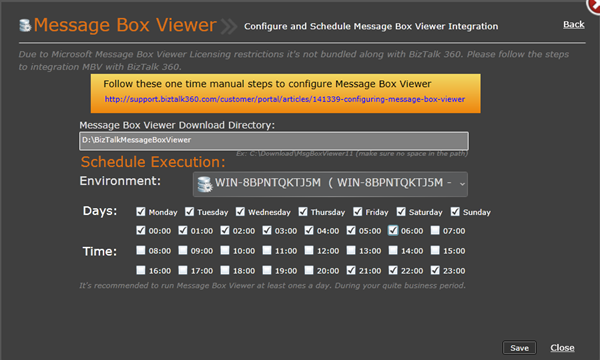 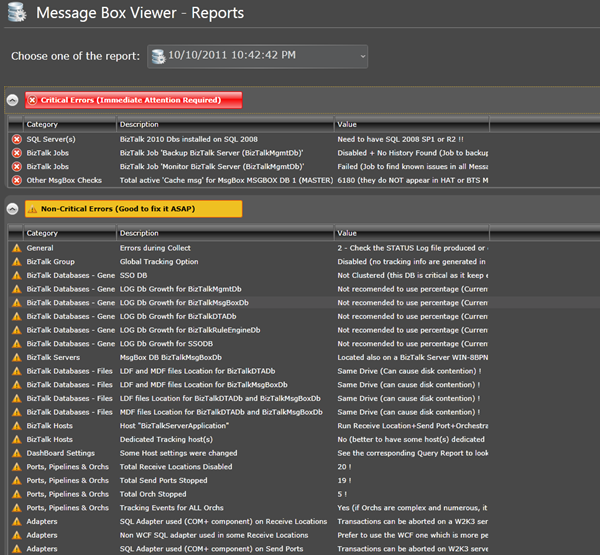 There is more besides having a report and that is BizTalk360 also allows you to send emails based on MBV report thresholds. For instance if in the last run MBV reports a couple of critical errors (let’s say 5), you can configure BizTalk360 to send a notification! 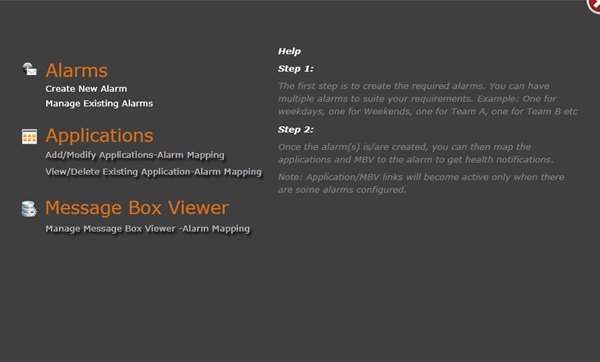 This is just one of new features of BizTalk360. There is more to explore through Feature Tour.